Is the Fear of Failure Holding You Back from Achieving Success?

Is the Fear of Failure holding you back ?

But you may be letting a fear of failure sabotage your chances for success.

Some people are so afraid to fail that they refuse to try.

However, failing to try is the only true failure.

If you try something and fail, try again. Eventually you’ll succeed.

Without trying, your chances of success are 0%.

There are countless stories of historical figures that failed time and time again, but didn’t give up. Perseverance led them to success.

Consider these stories about people who simply wouldn’t quit:

Babe Ruth was one of the most famous home run hitters in the history of baseball.

That record stood until 1974 when Hank Aaron hit his 715th career home run.

What many don’t realise about Babe Ruth is that in addition to his home runs, he also had 1330 career strikeouts.

However, he didn’t let the strikeouts bother him. Babe once said,

“Every strikeout brings me closer to the next home run.”

Harlan Sanders, also known as Colonel Sanders, is famous for being the founder of Kentucky Fried Chicken.

The Colonel faced many hardships because his famous fried chicken recipe wasn’t an instant success.

When trying to market his chicken recipe to restaurants, Colonel Sanders was rejected 1,009 times.

In 1952, he finally persuaded a Utah restaurant owner to partner with him and they launched the first Kentucky Fried Chicken restaurant.

By the early 1960s, there were over 600 locations in the United States and Canada.

The name Albert Einstein is synonymous with genius.

He’s one of the most brilliant scientists who ever walked the earth.

But did you know that Einstein didn’t speak until he was four years old, and didn’t learn to read until he was seven?

When he was growing up, one of his teachers described Albert Einstein as “mentally slow.”

Of course, when he grew up he went on to win the Nobel Prize in physics, devised the theory of relativity, and came up with probably the most famous formula in history, E=mc2.

Henry Ford, founder of the Ford Motor Company, is famous for his innovations in manufacturing and coming up with the idea of the assembly line.

Although Ford achieved tremendous fame, fortune, and success in his lifetime, he also had several businesses early on that didn’t make it.

John Grisham is a wildly successful author who has sold millions of books, many of which have been turned into blockbuster movies.

Getting his first book published wasn’t so easy though.

His first book, A Time to Kill, was rejected by 28 different publishers before one publisher finally took a chance on him and printed 5,000 copies.

Despite his rocky start, Grisham has gone on to sell over 250 million copies of his books.

Sylvester Stallone is a famous movie star, but many of his fans are unaware of the struggles he went through to break into the business.

. Just two weeks later, he wrote the script for Rocky and started trying to secure a movie deal.

Sylvester Stallone was rejected over 1,500 times before United Artists offered him $125,000 for the Rocky script.

However, the studio didn’t want Stallone to star in the movie.

He eventually accepted a different deal that paid him just $35,000 and a percentage of the profits.

Fortunately for Sylvester Stallone, the original movie went on to gross over $200 million.

The Rocky franchise, with all of the sequels, has grossed over $1 billion

Is The Fear Of Failure Holding You Back

If you’re letting a fear of failure hold you back from accomplishing your dreams, think about all these examples.

How different would things have been if they had quit?

If these individuals had been afraid to fail

they wouldn’t have gone on to achieve the incredible success they enjoyed.

Successful people embrace failure because they realise that there is no such thing as success without it.

How To Use Affirmations To Fight And Conquer Your Fears 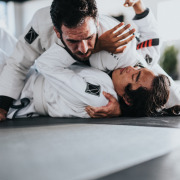 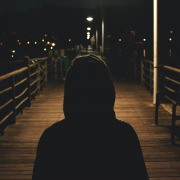 Want to join the discussion?
Feel free to contribute!

Your 7 Day Program To Positive Thinking

This site uses cookies. By continuing to browse the site, you are agreeing to our use of cookies.

We may request cookies to be set on your device. We use cookies to let us know when you visit our websites, how you interact with us, to enrich your user experience, and to customize your relationship with our website.

Click on the different category headings to find out more. You can also change some of your preferences. Note that blocking some types of cookies may impact your experience on our websites and the services we are able to offer.

These cookies are strictly necessary to provide you with services available through our website and to use some of its features.

Because these cookies are strictly necessary to deliver the website, refuseing them will have impact how our site functions. You always can block or delete cookies by changing your browser settings and force blocking all cookies on this website. But this will always prompt you to accept/refuse cookies when revisiting our site.

We fully respect if you want to refuse cookies but to avoid asking you again and again kindly allow us to store a cookie for that. You are free to opt out any time or opt in for other cookies to get a better experience. If you refuse cookies we will remove all set cookies in our domain.

We provide you with a list of stored cookies on your computer in our domain so you can check what we stored. Due to security reasons we are not able to show or modify cookies from other domains. You can check these in your browser security settings.

These cookies collect information that is used either in aggregate form to help us understand how our website is being used or how effective our marketing campaigns are, or to help us customize our website and application for you in order to enhance your experience.

If you do not want that we track your visit to our site you can disable tracking in your browser here:

We also use different external services like Google Webfonts, Google Maps, and external Video providers. Since these providers may collect personal data like your IP address we allow you to block them here. Please be aware that this might heavily reduce the functionality and appearance of our site. Changes will take effect once you reload the page.

The following cookies are also needed - You can choose if you want to allow them: